Home News Yala National Park to be closed for 2 months

Yala National Park, Sri Lanka Nature reserve will be closed from September 1 for the people for 2 weeks, the Department of Wildlife Conservation said.

The National Park is generally closed for tourists throughout the dry season, from September 1 to October 15 in order to enable the animals to keep their natural routine and to enhance the infrastructure of the park.

In line with the wildlife officials, the park closes during the driest month because the animals must roam a long distance trying to find water and traffic frequenting the area will block their actions. But Yala because of its vast extent wants a significant amount of maintenance work. 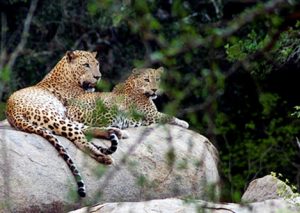 Yala National Park is going to be reopened for tourists on November 01, said the Director General. Meanwhile, all of the national parks are expected to be closed from the 13th to the 15th of next month (September) because of an islandwide elephant survey.

In a time when a detailed website on Sri Lanka Tourism wasn’t available, we did build this exclusive website as a guide that explains this magnificent island to all foreign travelers who plan their next holiday in Sri Lanka.
Contact us: [email protected]

Any cookies that may not be particularly necessary for the website to function and is used specifically to collect user personal data via analytics, ads, other embedded contents are termed as non-necessary cookies. It is mandatory to procure user consent prior to running these cookies on your website.